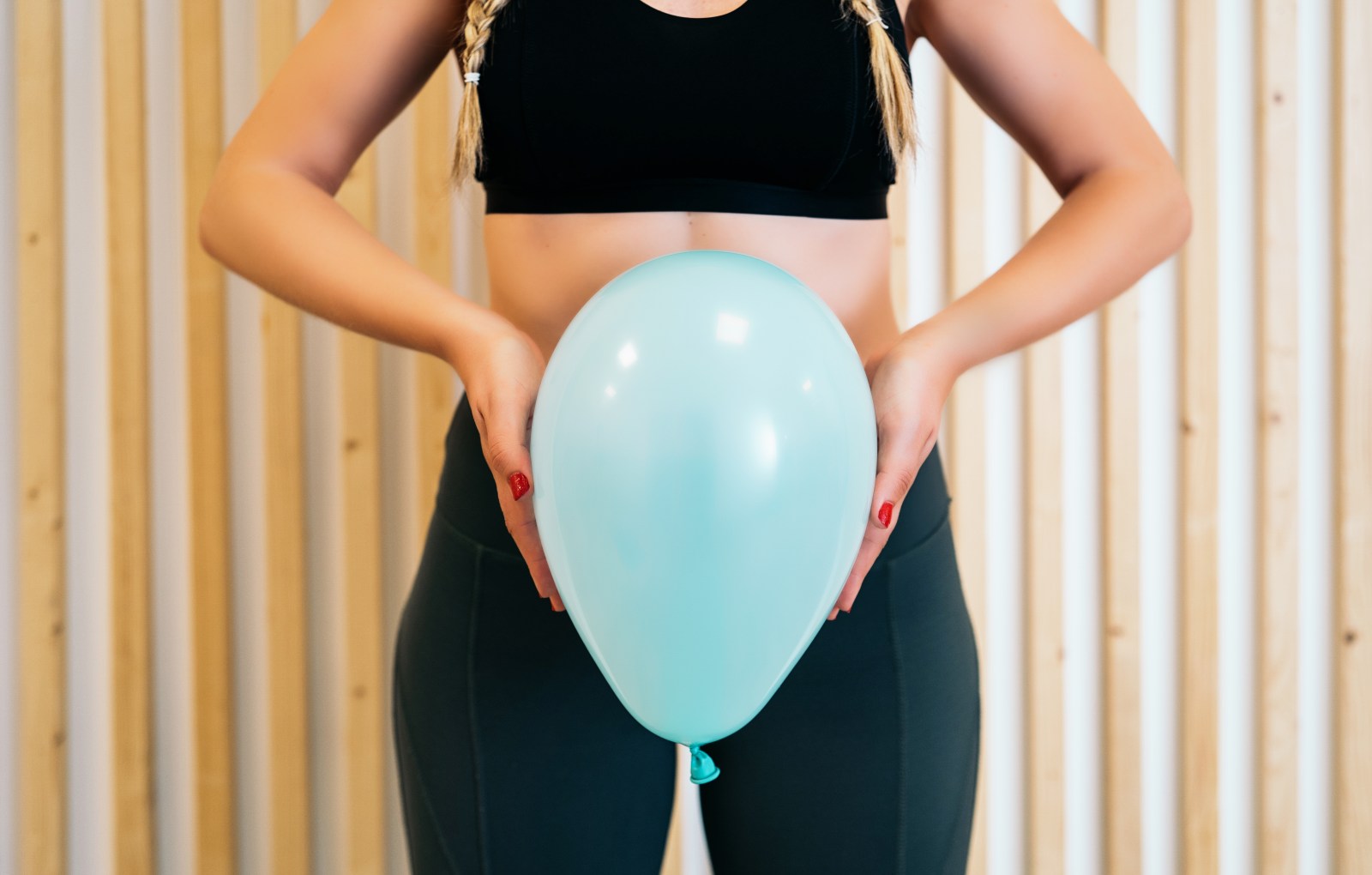 11 myths about the the pelvic floor

The pelvic floor: A mystery consisting of muscles, ligaments, and connective tissue, hidden in the depths of our pelvis and a body part that’s often underestimated – without good reason! There are plenty of myths and prejudices considering the pelvic floor, which we are going to clear up once and for all!

Myth No.1: The pelvic floor is not important

Yes, it is! Wrongly, the pelvic floor doesn’t get the attention it deserves. First of all: What is the pelvic floor and why is it supposed to be that important? The pelvic floor is a muscle complex which stretches from pubic bone to tailbone and which also encompasses the sit bones. One one hand, it supports and protects our organs like e.g. bladder or uterus like a trampoline, on the other one it’s also responsible for our continence. But there is more to it: The pelvic floor is an important part of our core, along with our abdominal and back muscles it makes it possible for us to walk in an upright position. 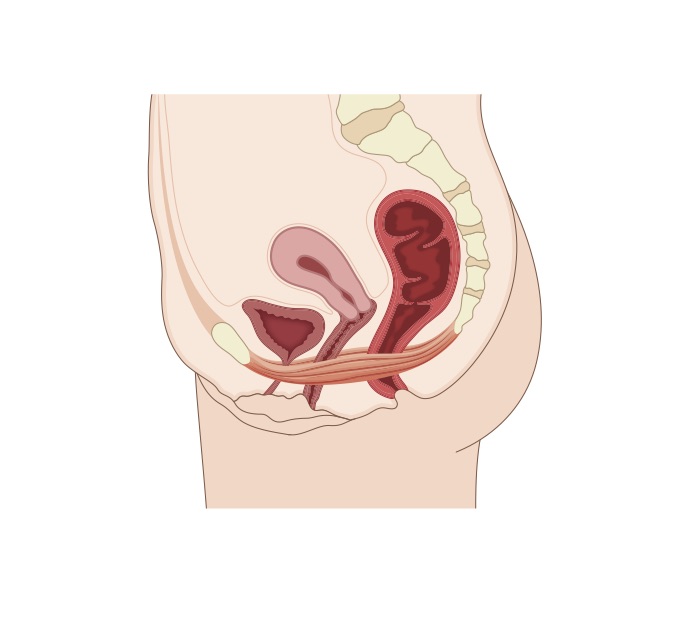 Myth No. 2: You can’t feel the pelvic floor

Yes, you can! Close you orifices. Pull your tailbone towards your pubic bone, like a dog pulling in his tail.Try moving the sit bones towards each other, like two lights spotlighting one another. Lift everything up and inwards towards the bellybutton, as if you would be going upwards in an elevator.

However, it is true that newbies in pelvic floor training should start by working on their awareness of their pelvic floor before starting to exercise.

Myth No. 3: If the pelvic floor isn’t causing any problems, if can easily be ignored

Wrong! Like every other muscle, the pelvic floor should be trained preventively and consistently. However, most women start thinking about their pelvic floor during pregnancy for the first time, since this is the time where it is really getting strained! During pregnancy, the uterus grows to about 100 times it’s regular size and because of the extra weight of the baby and the amniotic fluids the pelvic floor is being pushed downwards. Plus, because of the hormonal change the ligaments and muscles become more flexible in order to facilitate birth. Finally, birth damages the pelvic floor even more: In order for the baby to be able to get through the birth canal, the muscles in the pelvis need to stretch even further.

However, there is the common misconception that only mums are affected by a weak pelvic floor. Problems concerning the pelvic floor can have many reasons, e.g. a loosening of the connective tissue in old age, being overweight, wrong strength training with weights that are too heavy or sports that have extreme impacts on the pelvic floor.

This means: Everyone (but especially young mums) should train their pelvic floor instead of waiting for the first (very unpleasant) signs of a weak pelvic floor to appear. 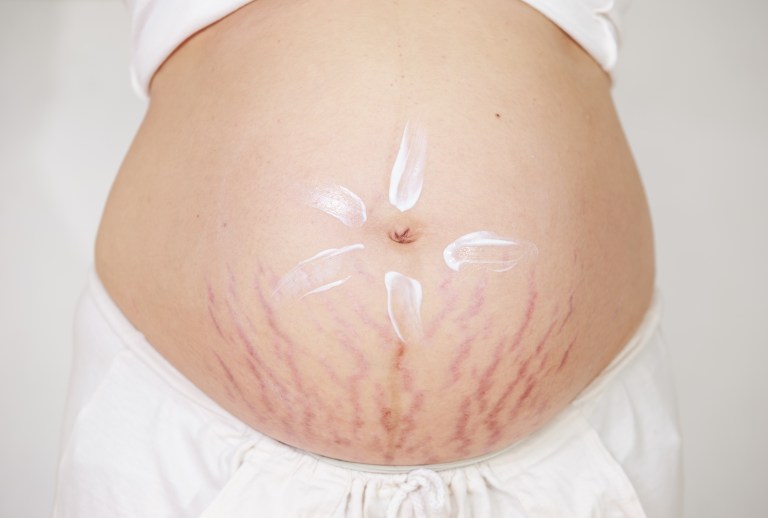 This can be true! If the pelvic floor isn’t trained sufficiently, small accidents e.g. when jumping or sneezing, are possible. Especially mums can be affected by a bladder weakness: Due to pregnancy and birth the pelvic floor muscles are being heavily stretched and strained. If the foundation is damaged and can’t fulfill it’s original purpose anymore, the sphincter might not be able to close properly anymore.

Myth No. 5: It’ll all be fine, our mums didn’t do anything special either

Wrong! For a long time it wasn’t known how much the pelvic floor is actually being challenged by pregnancy and birth. If it isn’t strengthened again postnatally, late effects like e.g incontinence can occur. This problem can only be avoided by appropriate training, which strengthens pelvic floor and core.

Myth No. 6: After pregnancy, it is enough to simply work out to get back into shape

Furthermore, getting back into regular fitness training too early can negatively influence the often prevailing rectus diastase (the gap between the straight abdominal muscles). Hence why one should only begin with regular workouts once the postnatal course is over.

However! The pelvic floor is not to be seen as completely isolated. It cooperates directly with our abdominal and back muscles for an upright posture and the cushioning of pressure loads, and the leg muscles are also important for a strong pelvis. That means: Pelvic floor training has to be targeted, for the pelvic floor to reach its full potential though, the rest of the body has to be strengthened in postnatal training as well. 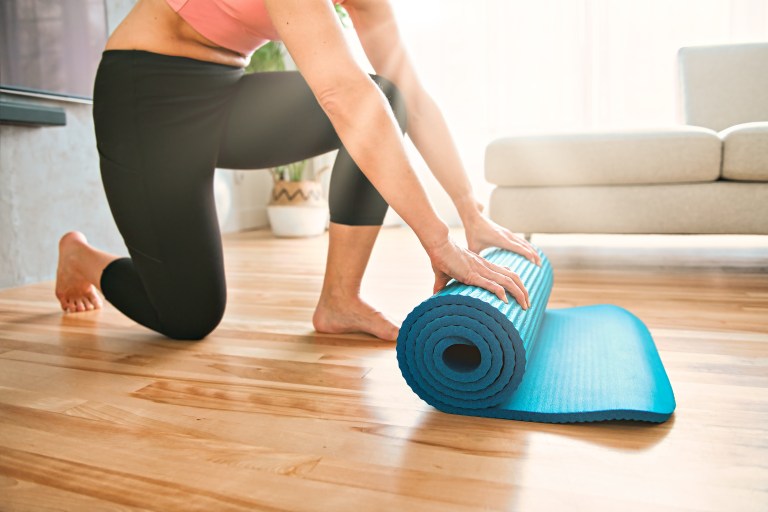 Myth No. 7: After having had a c-section, there is no need to train the pelvic floor

Wrong! It is true that the pelvic floor gets less strained in a planned c-section, however, it still has to carry all the weight of the pregnancy and the growing baby. Plus, the abdominal muscles are affected way more in a c-section. Since the abs are working together with pelvis and pelvic floor, and the body statics are changing due to the increasingly growing belly, mums who’ve had a c-section should do awareness and especially strengthening exercises for the pelvic floor as well.

Myth No. 8: Pelvic floor training is a taboo topic and a weak pelvic floor is something to be ashamed of

Quite the contrary! Even though weaknesses considering the pelvic floor are not often talked about openly, they are absolutely nothing to be ashamed of! According to an american study, every third woman suffers from a weak pelvic floor in the course of her life. And, who would have thought, even every 10th man is affected and sometimes even children!

Myth No. 9: There is nothing that can be done against bladder weakness, it’s too late for me

Fortunately, this is not the case! Since the pelvic floor consists of muscles it can always be trained, just like other muscles in the body as well. Because of that, already existing troubles can be soothed or further damage can be prevented. It’s never too late to do something good for your health! (BTW, pelvic floor training doesn’t have to be over just because the postnatal course is!)

Myth No. 10: Pelvic floor training takes up much time

Not necessarily! As little as 5 to 10 minutes targeted pelvic floor training daily is enough. Two to three strengthening sessions of 20 to 30 minutes for arms, legs, core or full body can be added. Each mum decides for herself how much time she wants to put into pelvic floor training. The good thing: You can easily and discretely integrate pelvic floor training into everyday life, e.g. in the elevator, when brushing your teeth or in line in the supermarket: Tighten, hold for 3 to 5 seconds and relax for the same duration. As an alternative you can quickly do an exercise from the MumMeFit App, e.g. when the baby is having a nap.

Myth No. 11: Pelvic floor training is not sexy

Nope! A strong pelvic floor and being able to tighten it in a controlled way leads to better sensations and increase of lust during sex for both partners. Another good reason to start pelvic floor training!